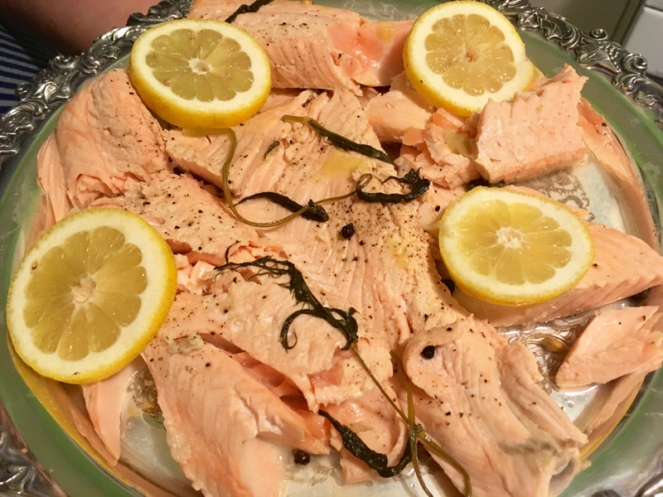 Okay, we didn’t actually feel like eating rotten fish — we wanted something we could actually have for dinner. We settled for a nice poached salmon.

Yes, surprisingly! And I say surprisingly because we forgot about the second batch and left it sitting in the hot broth for hours. We thought it would be hopelessly overcooked, but served the next day, cold with a bit of mayo on thick slices of bread, it made a delicious lunch.