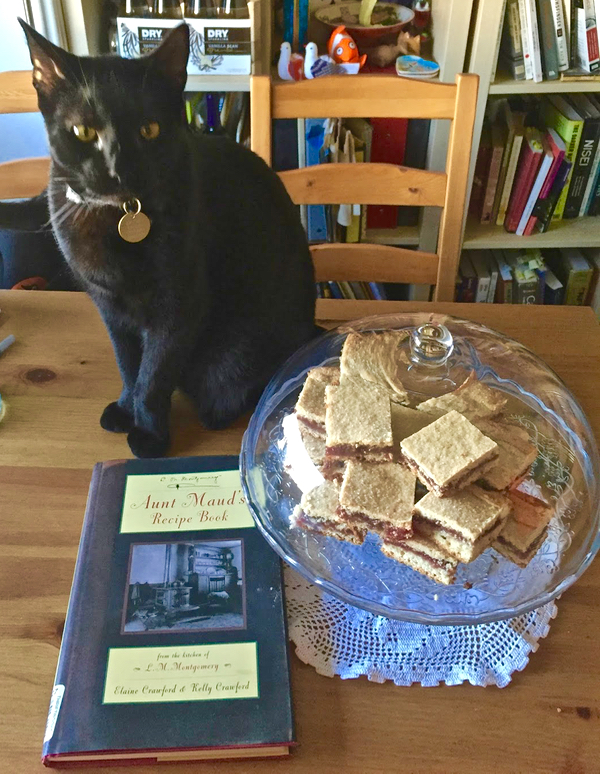 The cheerful super table, with the twins’ bright faces, and Marilla’s matchless plum puffs … of which Davy ate four … did “hearten her up” considerably after all. (Montgomery 99)

Did it measure up?
Hell no. Bahahaha, these were TERRIBLE. They were like Pop Tarts gone wrong. We realized afterward that the vanilla we used was partly to blame — no, it was not anodyne liniment, but the brand we used had an unfortunate medicinal flavor that this recipe really brought out. Gross. And as you can see, there was absolutely nothing puffy about these sad “puffs.” We took them to work, but not even our coworkers would eat them when they were starving and desperate for a snack on their break.

(We’re going to make plum puffs again, but the version that we imagined. They are going to be so much better than these authentic puffs.)

MARILLA’S (NOT SO) MATCHLESS PLUM PUFFS

1. Cream sugar and shortening together well. 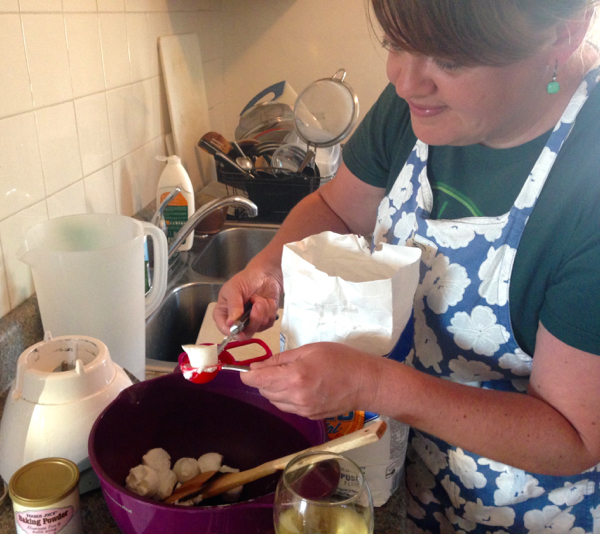 2. Beat in egg. Sift and add dry ingredients alternately with milk and vanilla. 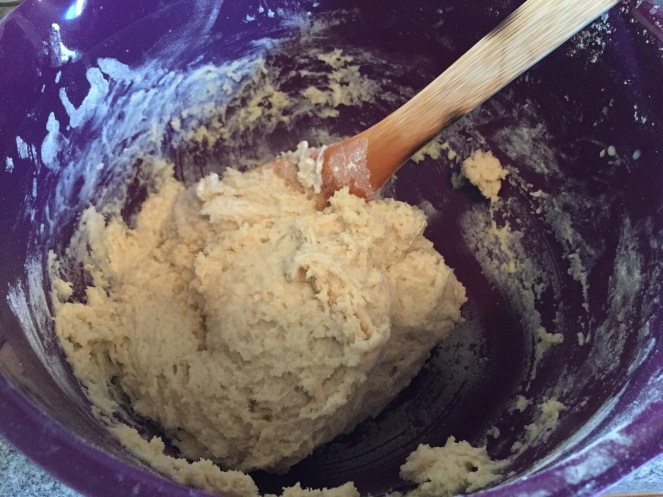 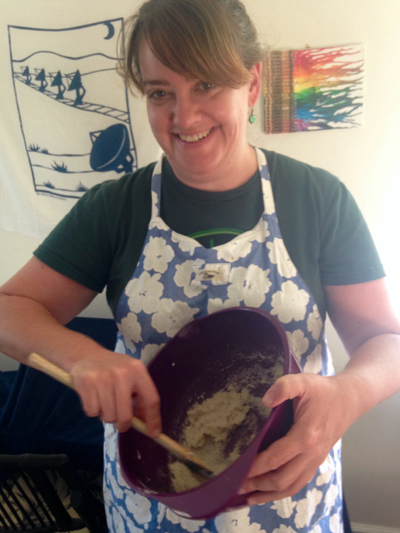 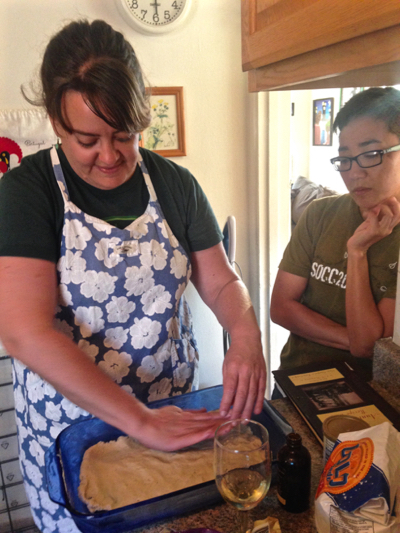 4. Warm plum preserves in a saucepan and add butter and vanilla. Let it cool a little and spread over the first layer of dough. 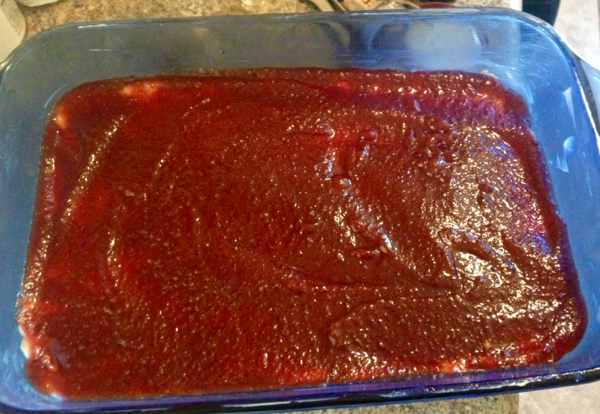 5. Knead and roll the remaining dough o a well-floured board into a 9×13 rectangle.

6. The dough will be soft. Roll up on a rolling pin and unroll to fit over the raisin filling. 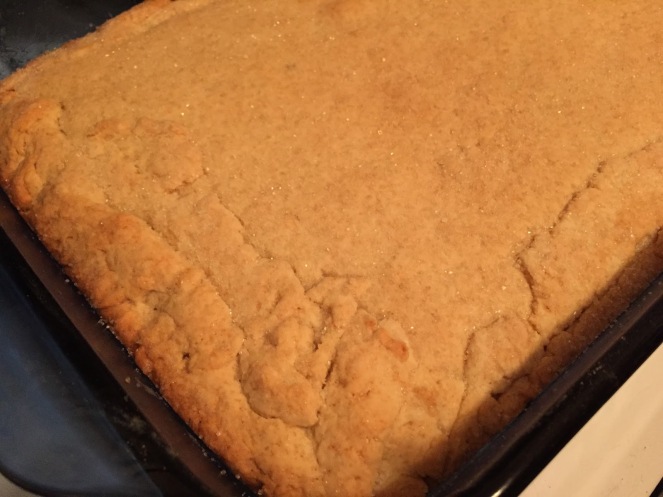