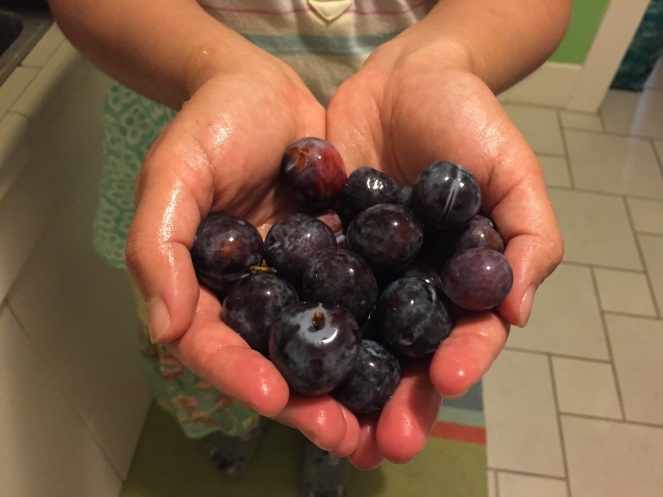 We weren’t QUITE satisfied with our first attempt at Marilla’s preserves, which are described as blue plum. I Googled a bit, found this article, and became convinced that we MUST find damsons to make proper Marilla-style preserves.

Unfortunately, as detailed in the article, damson plums are incredibly hard to find in Southern California. Jenne and I made a list of all the San Diego farmer’s market contacts we could find and tried calling or e-mailing each one. No luck. The closest possibility was Burkart Farms, who came down from Dinuba to the Santa Monica Farmer’s Market every Wednesday morning. And they only had two boxes left! The farmer’s market was a three-hour drive from us and Burkart would only be there on a morning Jenne and I both worked. It seemed hopeless.

But then I remembered: never fear, Nathan is here! Nathan is my friend Haley’s husband and a buyer at Specialty Produce, and as part of his job, he goes on Wednesday mornings up to the Santa Monica Farmer’s Market to select produce for the store. I know, what are the chances? Jenne and I have several cool contacts with super-unusual jobs, perhaps because we surround ourselves with friends who are obsessed with food. A few Facebook messages and phone calls later, Nathan had made arrangements to get these precious plums for us.

Once again, the recipe as written:
“Weigh fruit and take 1/3 as much apples. Peel apples and cut up in small pieces. Take pound for pound of sugar and enough water to dissolve. When boiling put in apples and boil till soft. Then put in plums and let come to a boil.” 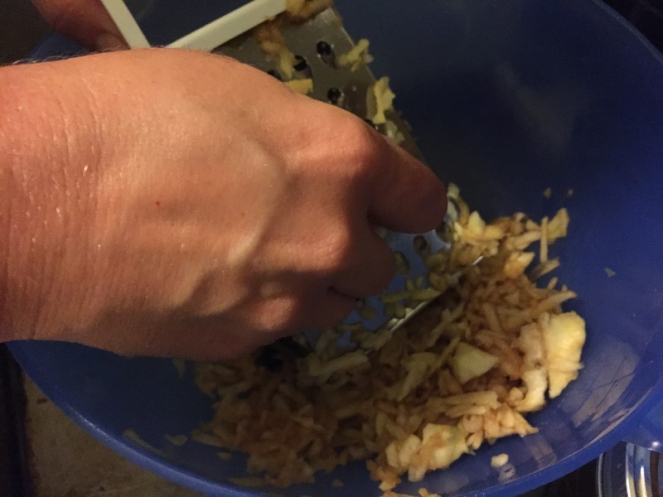 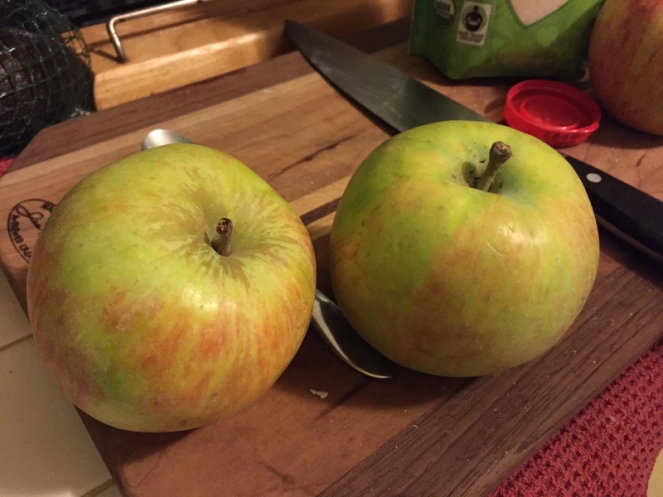 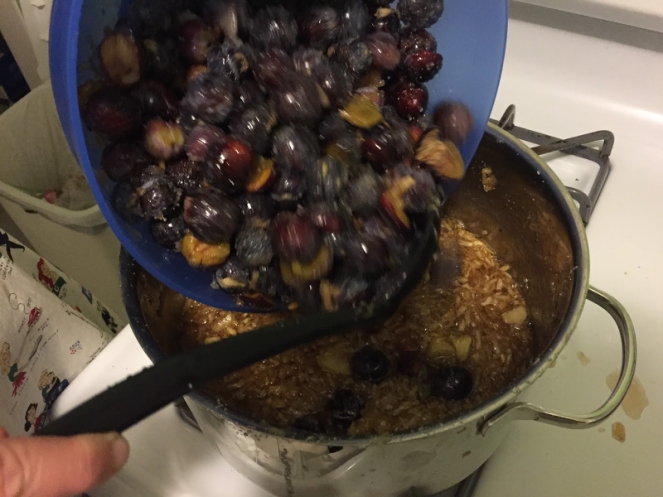 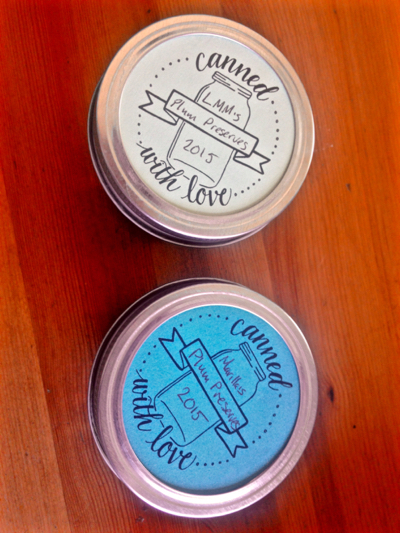 Did it measure up?
It certainly has a different flavor than our first batch of plum jam; how would we describe it … almost meaty? Admittedly, we do not LOVE this jam — Marilla’s preserves are supposed to be so good, you want to eat it straight with a spoon. But it’s still pretty awesome that we were able to get a plum that’s nigh impossible to find in Southern California. (Thank you, Haley and Nathan!) We will try all of our different batches of preserves in our plum puffs to compare and contrast.