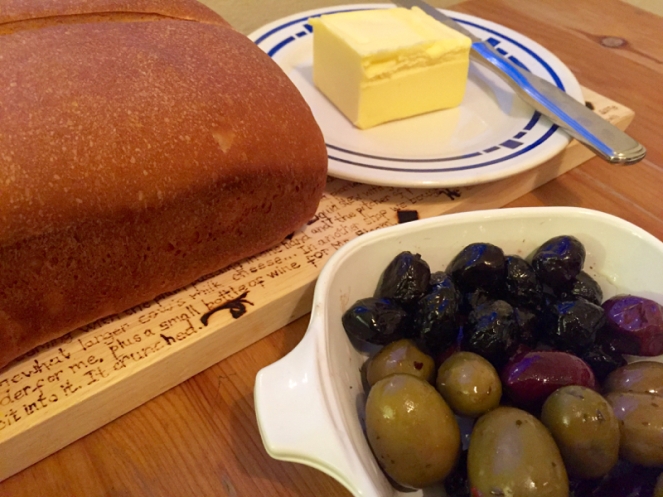 Hannah had left a pan of bread to rise, Meg had worked it up early, set it on the hearth for a second rising, and forgotten it. Meg was entertaining Sallie Gardiner in the parlor, when the door flew open, and a floury, crocky, flushed, and dishevelled figure appeared, demanding tartly, —
“I say, is n’t bread `riz’ enough when it runs over the pans?”
Sallie began to laugh; but Meg nodded, and lifted her eyebrows as high as they would go, which caused the apparition to vanish, and put the sour bread into the oven without further delay ….
Language cannot describe the anxieties, experiences, and exertions which Jo underwent that morning; and the dinner she served up became a standing joke …. The bread burnt black; for the salad-dressing so aggravated her. (91-92)

To recreate the book, Jenne (playing the role of Hannah and Meg) set the dough, and I (being the Jo in this scenario) had to decide when the second rise was done and then how long to bake the bread. I wasn’t allowed to look up the timing of either of these steps; I had to judge by sight (although Jenne cheated and showed me a photo of how the dough should look in the pan for a split second).

Happily, our loaves didn’t measure up to Jo’s terrible bread in the book because they turned out remarkably well. Delicious, especially with a thick layer of soft butter. As good as cake, really. You can see why Victorian characters are always eating slices of bread and butter as a snack.

1. Make sure the water is warm, but if you can’t hold your finger in it for at least a few seconds, let it cool a bit. Put the warm water in a big mixing bowl and sprinkle the yeast over top. Let it sit for 5 minutes until the yeast is dissolved. 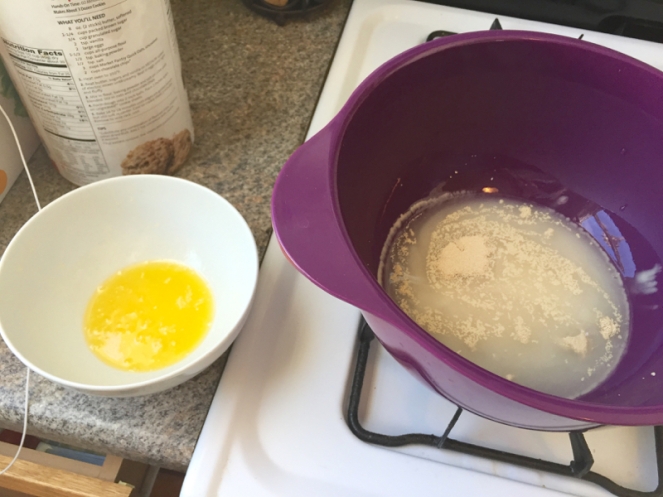 2. Melt the butter in the microwave. Stir in the milk, sugar, and salt.

3. Pour 1 cup of flour and the milk mixture over the yeast. Stir until it comes together into a loose, lumpy batter.

4. Add another 4½ cups of flour, saving the last cup for kneading. Stir until you have a “floury, shaggy dough.” 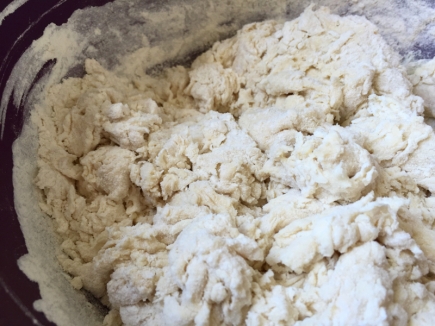 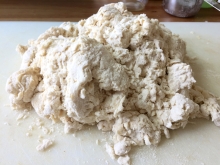 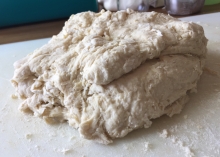 5. Knead the dough for 8-10 minutes. If the dough is sticky like bubble gum, add an extra tablespoon of flour at a time until it’s not sticky anymore. The dough is done when it’s smooth, feels a little tacky, and springs back when you poke it. 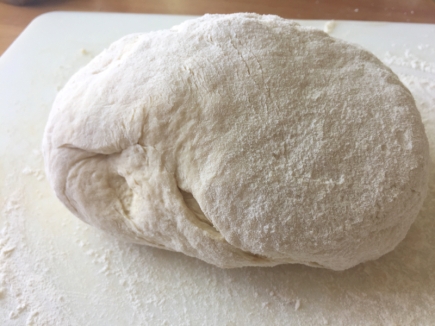 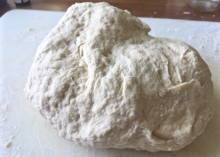 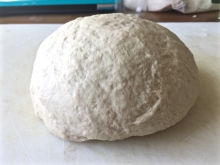 6. Clean the mixing bowl and coat it with a little oil. Form the dough into a ball and turn it in the bowl to coat it with oil. Cover the bowl with a clean kitchen towel and let the dough rise in a warm spot until it doubles in size — about one hour. 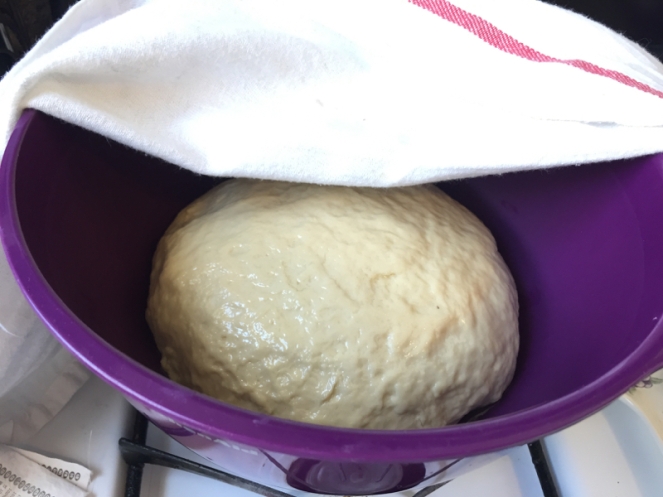 7. Sprinkle a little flour on the counter (or a large cutting board, in our case) and put the dough on top. Divide the dough into two and form each half into a loose ball. Let the balls rest for 10 minutes. 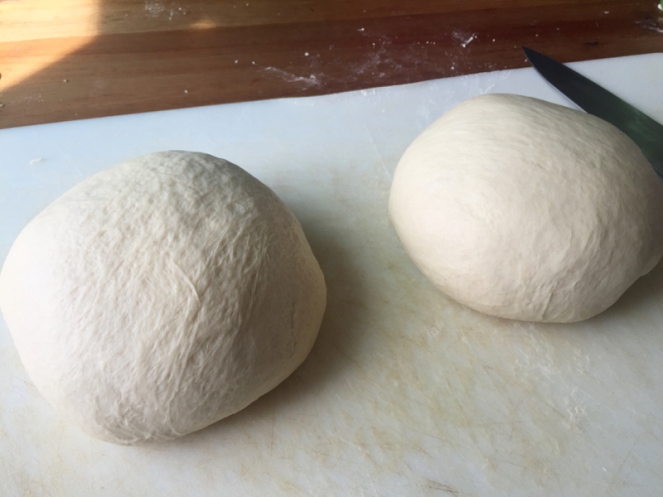 8. Grease two loaf pans or coat them with cooking spray. Shape each ball of dough into a loaf and put in the pans. Make sure the surface of the loaves is stretched taut. (This helps the bread rise and keeps it from becoming too dense.) 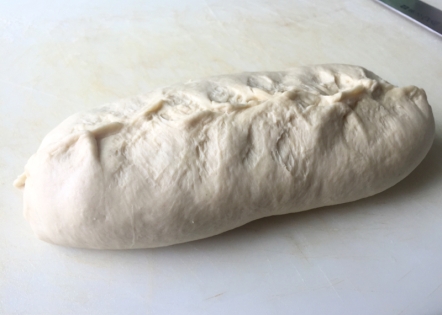 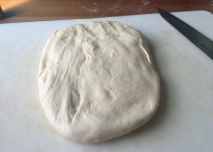 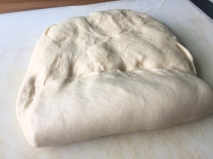 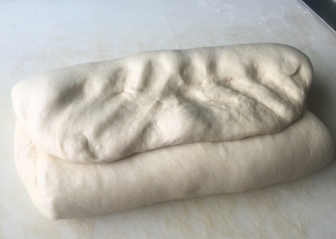 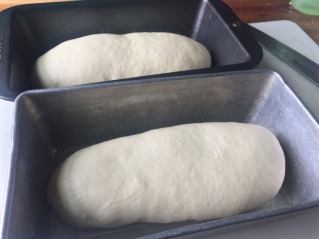 9. Let the loaves rise again until they start to dome over the edge of the pan, 30-40 minutes. 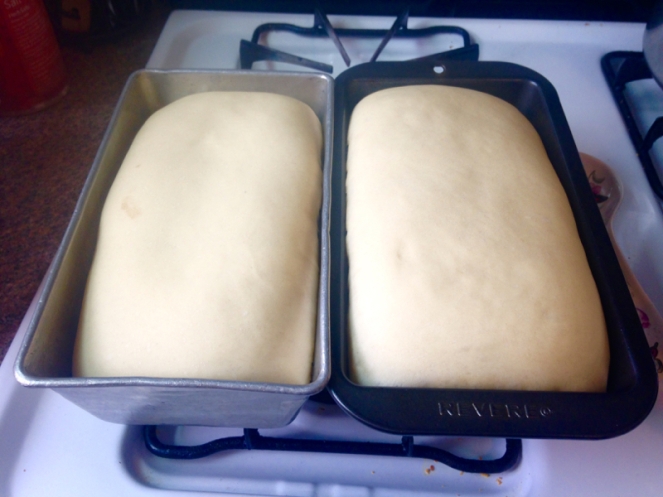 11. Slash the tops of the loaves with a serrated knife and put them in the oven.

12. Immediately turn down the heat to 375°F and bake for 30-35 minutes. When done, the tops will be a dark golden-brown. They should sound hollow when you tap the bottom with your finger. 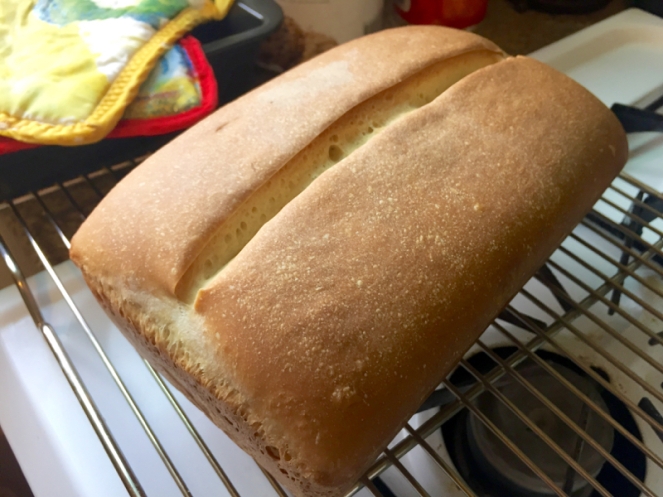 13. Remove the loaves from the pans and let them cool completely before slicing. 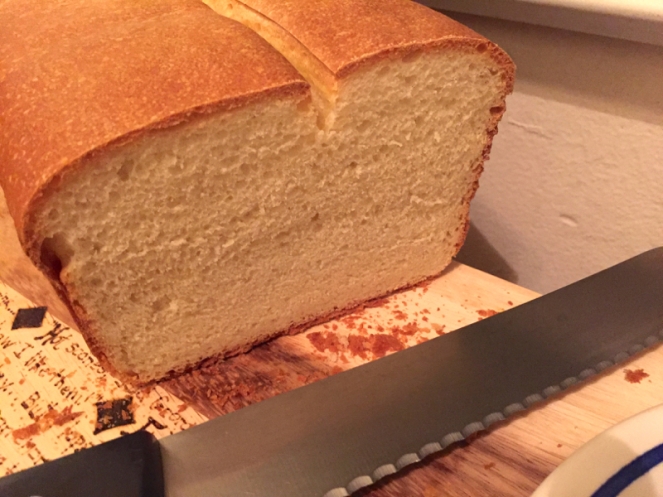