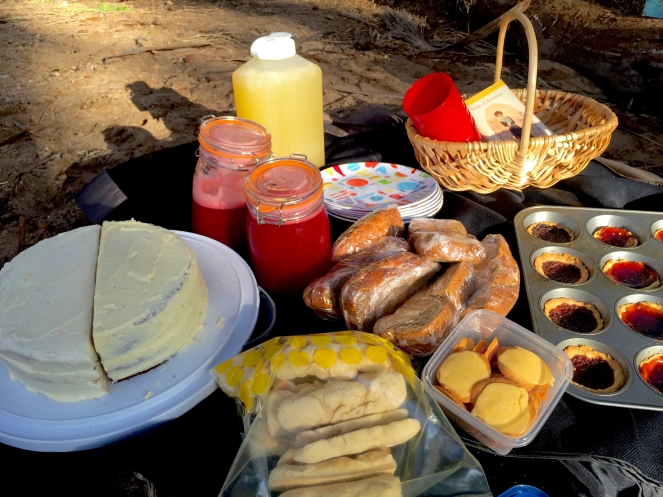 “I’m going to have the daintiest things possible … things that will match the spring, you understand … little jelly tarts and lady fingers, and drop cookies frosted with pink and yellow icing, and buttercup cake” (102).

Did it measure up?
They were okay. We made three kinds of tart: with currant jelly, Marilla’s Plum Preserve, and Marilla’s Blue Plum Preserve of Avonlea. We made the dough, added the jelly, put them in the oven … and then we totally forgot to take them out of the oven. Woops. Luckily, we did remember to turn the oven off. But the tarts were very much overbaked; the currant jelly ones survived, but the preserve tarts were so dried out that they were unchewable.

The surviving jelly tarts were alright, not great. The currant jelly we used, Mrs. Miller’s Homemade Red Currant Jelly, was actually delicious, and the shortcrust was fine. Our mistake was making the jelly tarts too large. Sometimes, size makes all the difference between yummy and meh. We made these tarts in regular muffin tins. What we should have done is make them in mini-muffin tins.

I met with disaster when I tried to make a more historically authentic recipe from Culinary Landmarks for tart pastry:

RICH FRENCH PASTE. One pound flour, three ounces ground (fruit) sugar, one scant pint ice water, three-quarters pound fresh butter, four ounces salt, whites of two eggs. Rub salt into flour, cut butter in small pieces, and mix with flour, handling very lightly. Mix the eggs, water and sugar together, add to flour and butter. Roll out in large sheet, dust lightly with flour, and fold six times. Roll again, and stand in cold place until firm, about half an hour. This is used for fancy dishes, and is very rich.—MRS. A. ELLIOT.

I had my doubts when I saw the ratio of ingredients, but I charged ahead and ended up with … slop. I KNEW IT WAS TOO MUCH WATER. I even tried rolling it, but of course, it was like trying to roll swamp mud. 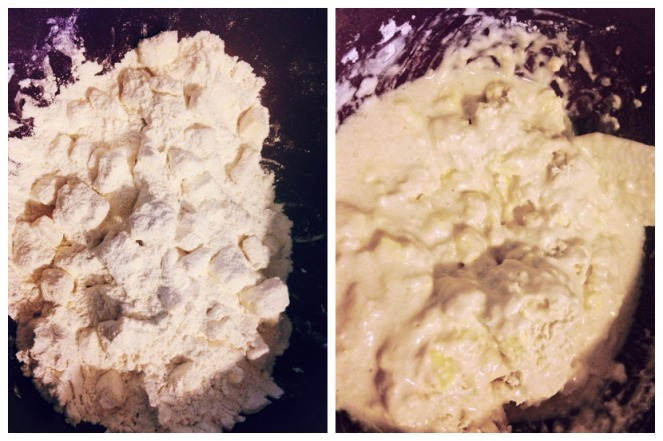 So I said, fine, screw the historical recipe. I watched Gordon Ramsay on YouTube and made this perfectly adequate shortcrust dough recipe:

1. Put cold butter chunks and flour into a food processer. Process for 15-20 minutes until the mixture has a texture like fine breadcrumbs.

2. Put the mixture in a cold mixing bowl and make a little well in the middle. Add 2/3 of the water.

3. Twist the water into the butter/flour. Once it’s incorporated, mix in the rest of the water. (The Gordon Ramsay video is handy if you need an example.)

4. Flour the board lightly. Push the pastry together. Roll gently into a bowl, cover with plastic wrap, and chill for 30 minutes.

4. Bake for 30 minutes until the crust has browned. Check after 20. Don’t forget them in the oven like we did.